Bravery and determination. Tenacity and passion. Humility and abnegation.

Such were the weapons of the brave warriors who dared to face The Ardennes Monster. They left their souls to destiny. They have entered the Lair of the Unknown.

Start from the Citadelle of Namur.

What better start than the wooded descent from the Citadel to begin the toughest ultra-cycling event in Belgium?

The final countdown is on. Some are ready to fight, while others wring their guts. But they have one common point : they have chosen audacity, glory, and they won't regret it. It is 8 pm on the 20th of July, 2022. The squadron embarks on the Ardennes Monster.

On the Edge of the Condroz.

Leaving the city for more than 18 500 hm, the riders went without hesitation on the first wall of the route : Rue G. Attout, a wall that directly made the selection with its 15% section. Then, a non-stop series of leg-breaking hills on the Edge of the Condroz.

Far away, a dark and terrible sky awaits them. They will have no choice but to go head first into the Monster's Den. The horizon was trying to clear up while their bodies were already suffering.

They have to resist until Huy, and go fight the Mur-Thier de Huy duo.

The Mur of Huy, before a daunting first night.

Soggy, the Mur de Huy could not wait for the riders to arrive. After the venue of the first soldiers, the rain gave way little by little to the sunset, to magic lights on the Door of the Ardennes.

Far from the fanaticism that reigns during the last ascent of the Flèche Wallonne, the fighters saw the opportunity to engrave their name on the asphalt of the Wall, forever.

Leaving Huy by its indomitable Thier, much harder than the Wall, racers do not have other choice but to enter the Darkness.

The Redoute, by night.

Never. The Côte de la Redoute had never been sublimated like this.

The Ardennes Monster had prepared the theater of Liège-Bastogne-Liège for the venue of the Heroes. For one night, the Redoute was transformed into an arena for Gladiators. The first assault on the Monster will have lasted until the rising sun, when the Redoute, again, was the place of revelations. Transcended by the atmosphere, the fighters surpassed themselves, they entered a trance, to spread their wings to the top of the Temple of Gods.

Into the deepest Darkness, they lived the Light.

Today, when the night falls, screams and breaths still echo in this holy place, blown away by the wind.

The CP 1 in the middle of the Old Lady's Hell.

Thursday, July 21, 7:30 a.m. The tenors arrive at the CP 1, completely soaked after having to battle with a heavy rain and cold conditions, between Namur and Coo. It was high time for them to stay dry for a break, and drink a coffee made in @Le Coffee Ride.

Already significant gaps are widening and small groups cross the pedal on the best of Liège-Bastogne-Liège. Rosier, Ferme Libert, Stockeu, Wanne, Amermont, they are everywhere trying to survive the Monster traps.

Tribute to the GOAT : Eddy Merckx.

In the morning of July 21, after a terrible rain, the situation had already cleared. On the front of the race, a leading trio emerges with Kristof Declerck (BEL), Martijn Henneau (BEL) and Yves Conen (BEL). They are firstly followed by Valentin Mussehl (GER) and Antoine Regnard (BEL), then by the FatPigeon Team (Nol van Loon & Jeroen Rombouts, NL). Mark ten Cate (NL) brings up the rear of the first chasing group.

Beyond that, warriors are fighting the Monster across the Liège-Bastogne-Liège area. On the heights of the Ardennes, the show goes on. The middle of the pack, led by Gilles Gauret (FR), crosses the pedal from Stoumont to Malmédy. Julio Gref (BRA), Simon Geerts (BEL), Diego Van Lede (BEL), Stijn Planckaert (BEL), Jonathan Grosdent (BEL). Not far away, Robbert van Veldhuizen (GER), Sven Iliaens and Marco Jacobs (BEL) finished with the Ferme Libert, while Ludovic Dujardin (BEL), Benoît Hansez (BEL), and Frédéric Verscheure (BEL) threw themselves into if head first.

Kevin Shaffer (USA) and Vincent Bourgeois (BEL) slide down the Fagnes plateau while the Gruppetto brings up the rear : Stéphanie Schmitz (BEL), annoyed by mechanical issues the first night, and Berten De Meyer (BEL), having slept at the hotel, form the Gruppetto.

The leaders fly, the peloton explodes.

At midday, Martijn Henneau goes alone and leads the bunch, he’s followed by all the pursuers that ride in single file with discipline, the group being more homogeneous. They arrive at Belgium’s second highest point: the Baraque de Fraiture. The gap with the second group widens : bodies are becoming tired, and the second squadron seems to take some rest at the Coffee Ride CP1 of the Monster.

The day progresses and nothing seems to stop the fight. The Monster is attacked from all sides but defends itself fearfully. So much that some have to retreat and come back stronger afterwards. The FatPigeon, for example, who set the pace at the start of the race, need to regain their strength in Durbuy. At the end of the afternoon, a chocking race fact happens : the Monster takes its first victory. He knocks Robbert who was rolling at a constant pace on the Ardennes slopes. The first soldier has fell.

Warriors have almost 24h of cycling, a sleepless night, and nearly 36h of awakening. Their lucidity becomes hesitant to such an extent that they have to find reason : Diego van Lede and Simon Geerts admit that they should not hesitate to slow down and close the eyes for a few moments. Two examples among the peloton, because many of them will have to take a rest.

In the early evening, while Stéphanie arrives at the Coffee Ride (CP1), Martijn is already completing the Lucifer Section and setting the first time at CP2, Panache, La Roche-en-Ardenne. The leading group keeps going and pushing hard, avoiding the Monster’s traps : Col de Haussire, Mur de Maboge, Côte de Saint-Roch in Houffalize. Nothing can resist them. The gaps between the top 6 are minimal and the suspense is huge. The leading quartet is held in just 30 minutes at halfway.

Between 8pm and midnight, energy reserves are depleted. The Monster’s breath remains heavy while Heroes must gradually recover. Thus, they decide to stop one after the other when the night falls. However, some brave riders keep going : Frédéric, Vincent, Ludovic, Dievo, Julio continue to ride until the first part of the night. Some, exhausted, lay down their arms while others wake up and resume fighting : at 3 pm, the FatPigeon leave Durbuy, Jonathan, Gilles, and Simon take off towards the Col de Haussire, and Stijn Planckaert goes back on his saddle not far from the Brasserie d’Achouffe.

Suspense for Stéphanie Schmitz, trapped by the Monster.

The sun rises over the Ardennes hills on the 22th of July. Although the leaders are already in the second half of the route, pursuers Heroes arrive sparingly at Panache – Bike & Sleep. Suddenly, although she already faced mechanical problems in the early start, Stéphanie now has to manage a navigation issue. She takes a wrong direction and has to ride back and go up the never-ending Côte de Samrée. Nearly 3 additional hours of riding that cost her a lot of energy. But more is needed to discourage her. Stéphanie is determined as never, and nothing can stop her.

At noon, Berten reaches the CP2, he will be joined a little later by Marco & Sven, and then by Kevin, Frédéric, Benoît, and Vincent. It is 2 pm when Stéphanie begins the Houffalize loop before completing the Lucifer Section. While some would have thrown their arms, Steph moves ahead quietly in the postcard landscapes. The cut-off is set at 8 pm on Friday to reach the CP2, and she will get there without problem one hour before the deadline. 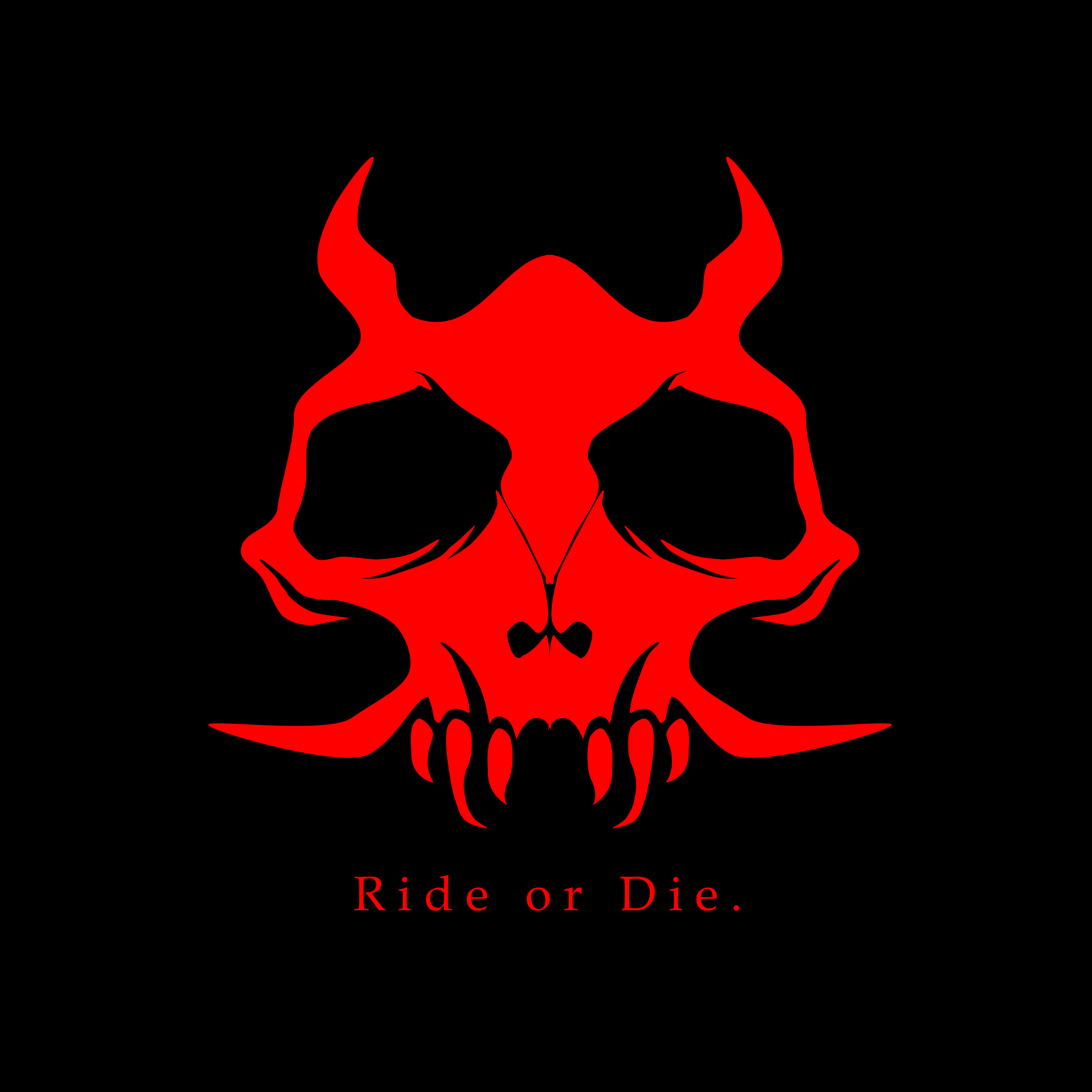